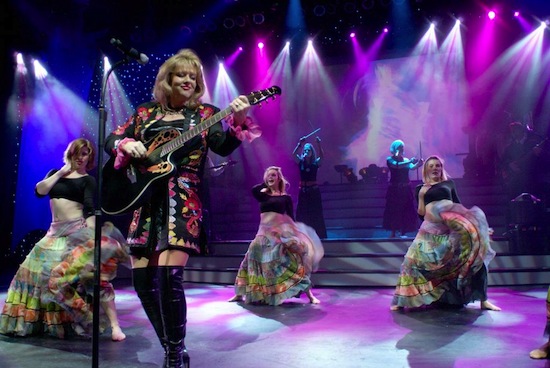 Who doesn’t love a good live show when they’re on vacation? Here in Myrtle Beach, we offer up some seriously outstanding entertainment, and the Carolina Opry always tops the Grand Strand’s “Best Show” lists. Next time you’re here, you really should check out the live music and variety show.

The show features comedy and music, a family-pleasing entertainment combination.  The Carolina Opry was founded by Calvin Gilmore, and in fact the theatre where the Opry is housed today, the Gilmore Theatre, is named in his honor.

Gilmore was raised in southern Mississippi before taking his guitar to the big city, and soon was signed to a Nashville record label. But Calvin had a family and didn’t want to be a touring musician … that’s when he came up with the idea of creating a musical variety show that would allow him to perform and still be at home with his family. In 1986, he realized his dream by starting a show in Surfside Beach, and as the shows sold out season after season, the show moved to its own theater on the north end of Myrtle Beach, about a 15-minute drive from Bay View Resort.

The show features 36 singers, dancers, musicians and comedians, and changes all the time, with new acts being added to old favorites. And don’t let the name fool you—it’s not all country music! You’ll get a touch of rock’n’roll, Broadway tunes, pop melodies, gospel … the show really has something for everyone.

And if you come back in the wintertime, be sure to check out the Carolina Opry Christmas Special—it’s a favorite among visitors, some come back year after year and say they wouldn’t miss it.